Would you like to see how, regardless of circumstances, you are fundamentally psychologically healthy and whole?

Would you like to learn how you can thrive and enjoy the rest of your life?

This free online course is designed to help veterans to experience present-moment contentment, clarity, and peace of mind, and come to terms with troubling memories. 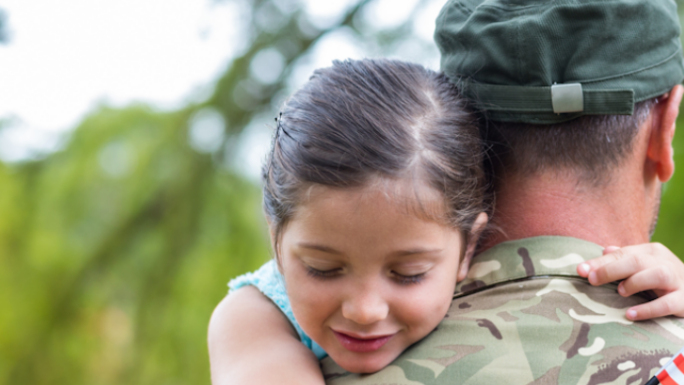 We all want peace.

We all want the contentment, ease, clarity that arise from our internal sense of well-being.  But when you have memories of past experiences that are often troubling, serenity can seem out of reach.

The systems are broken, not you.

Some current support systems may have tried to suggest to you that veterans are permanently broken, that they have incurable mental illnesses, with no hope of ever leading a normal life.  But a deep understanding of our true nature suggests exactly the opposite.  Resiliency is innate to all human beings, and always available to us once we understand it.

Did you know that you have a “psychological immune system” that naturally brings you back to peace?  This “innate resilience” allows you to live in the present moment instead of reliving bad times.  No longer are you forced to “survive.” Instead, you can learn to thrive in your life, regain control over your experience, and have hope… maybe even for the first time since returning home.  The sooner you learn about this, the faster you will feel better – so be sure to start your class today.

…is a FREE 10-module, self-directed, enjoyable online program to help veterans find peace of mind in life and at home.

Thank You For Your Support

Peace for Veterans IS NOT a non-profit organization. Donations are unfortunately NOT tax-deductible.

Take it from other veterans.

A better life experience is not a dream!  It is a reality for many veterans who have learned about their psychological immune system and their innate resilience.  Here’s what some of them have to say…

“The Three Principles have taken me to a whole new level of human experience. Without question, The Three Principles have improved not only the quality of my life and that of my wife, family, and friends around me, but has also given me a wealth of happiness that I hadn’t up until this point experienced, and most importantly for me, a ‘quiet mind.'”

My name is Paul Dean, I am 53 years old as I write, and suffered with chronic PTSD as diagnosed by a psychiatrist who had spent six years in the United States working with Vietnam Veterans. This is my personal experience of The Three Principles with regard to my PTSD.

I spent twelve and a half years (the half is really important! LOL) in the British Army as an infantry soldier and later in my career with the Royal Corps of Transport. During this time, I served three tours in Northern Ireland during the 1970s and early 1980s both as an infantryman and as an armoured ambulance driver. I joined at the tender age of 16 years old.

As far as I am aware, I first visited my G.P. in 1998 with “mental problems” and was initially diagnosed with “depression.” It was, in fact, the beginning of twelve years of torture with PTSD.

During this time, I was visiting doctors, councillors, psychologists and psychiatrists and was taking 32 tablets a day including lithium. On a number of occasions the authorities had even tried to send me to a mental institute and I was fortunate to escape this fate thanks to my lovely, caring wife.

I was also self medicating with alcohol on a daily basis for the last five years of my PTSD. I was extremely angry with society as a whole and spent nearly all my time indoors for fear of harming someone. (Little did I know at the time that this would have added to my problems.)

Cutting a long story short, my anger turned to sadness and I ended up with a loaded 9mm Glock pistol at my throat, threatening to take my own life. The horrified look on my wife’s face was what stopped me pulling the trigger and at that moment I decided to look elsewhere (other than the established health authorities) for a “cure.”

Up to this point, I had been told that I would have PTSD for the rest of my life. How wrong that statement would be, because for the last two and a half years (now you see how important the half is!) I have lived WITHOUT PTSD and my world is a much happier place.

I spent some time researching and eventually in November 2009 came across a charity in the UK that dealt with veterans suffering PTSD by veterans who had previously suffered PTSD. This was the start of my recovery.

I had shifted immensely, but still felt that there was more to offer “out there” so continued my research until I eventually came across The Three Principles in April 2011 just short of a year ago.

The Three Principles have taken me to a whole new level of human experience. Without question, The Three Principles have improved not only the quality of my life and that of my wife, family, and friends around me, but has also given me a wealth of happiness that I hadn’t up until this point experienced, and most importantly for me, a “quiet mind.”

I had always been searching “out there” for my happiness, when in reality it only ever existed “inside” of me! I was stuck in the trap of “I’ll be happy when.” “I’ll be happy when we move abroad,” for instance. We had moved to Malta, a small island in the Mediterranean, thinking this may help with my PTSD. In actual fact it made it worse! I eventually lost my business out there.

Now I know that I only ever need to “look inside” for my happiness, that bad things happen to all people, and that it is the way that I “think” about the situation that determines the “outcome.”

Understanding the “quiet mind” and having a “deeper understanding” of The Three Principles has not made me happy 24/7, but it HAS made the “low quality of mind” times a lot less often and for a much, much shorter time, therefore giving me a better quality of life and a happier life including those around me.

My mind was always racing, thoughts popping in and out on a split second basis. The fact that I had taken myself to my room, in effect, had worsened my PTSD as in my solitude I was left alone with nothing but my thoughts!

I now know, through learning the Three Principles, that I do not need to pay any attention to my thoughts, as they are just that… thoughts! They are not real, they cannot harm me in any way and I will be OK. Living in the moment, literally moment to moment, is the only reality! The rest is just thought!

I also know that I am only ever “feeling my thinking” and that in the past, because I was “feeling,” I “thought” it was real. When in fact, it was just an illusion that I had created for myself.

I would also like to point out at this stage that everyone has their own “inner wisdom” and when I was about to commit suicide, my “inner wisdom” (i.e. the little voice in my head) was saying “don’t do it,” “you’ll regret it,” “it will be OK.” How glad am I that I listened to that inner voice of wisdom now!

At this point, I would like to thank all the people who are involved with The Three Principles, and especially those who have helped me on my journey!

“This inside out approach to mental well being allowed me to see the innate wisdom that is inside all of us. My life now is dedicated to sharing this understanding with everyone that I meet; especially Veterans because as a Veteran: VETS ARE HELPING VETS.”